To protect people’s health the European Union and the UK government have set legal standards for a range of air pollutants.

Bristol is in breach of these standards for nitrogen dioxide and the UK has been sued because of its failure to meet European Limit Values.

Bristol City Council declared an Air Quality Management Area in 2001 for nitrogen dioxide (NO2) and particulate matter (PM10). The boundary covers the central area of the city and arterial routes. There are approximately 100,000 residents and 35 schools in the area.

In July 2017, the government formally directed Bristol City Council to:

The introduction of a Clean Air Zone in late summer 2022 takes into account this direction and the detailed government guidance issued subsequently.

The zone is designed to deliver compliance with legal limits for nitrogen dioxide in the area for which the council is responsible in the shortest possible time. 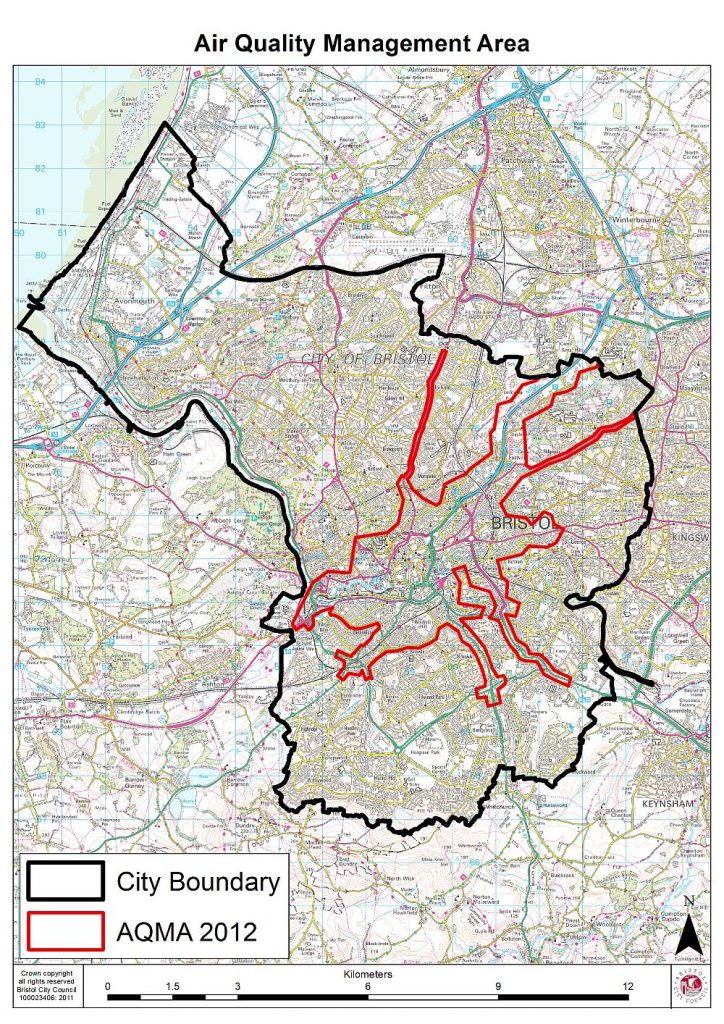