Air pollution is often invisible but it has serious implications for our health.

Air pollution is estimated to cause up to 36,000 premature deaths in the UK every year.

A recent report into the health effects of air pollution in Bristol concluded that around 300 deaths each year can be attributed to exposure to nitrogen dioxide (NO2) and fine particulate matter (PM2.5). With roughly an equal number attributable to both pollutants.

This represents about 8.5% of deaths in Bristol being caused by air pollution.

Other known health effects caused by air pollution include:

Although particulate matter (PM2.5) affects health more than nitrogen dioxide (NO2) there are still significant health problems associated with NO2. 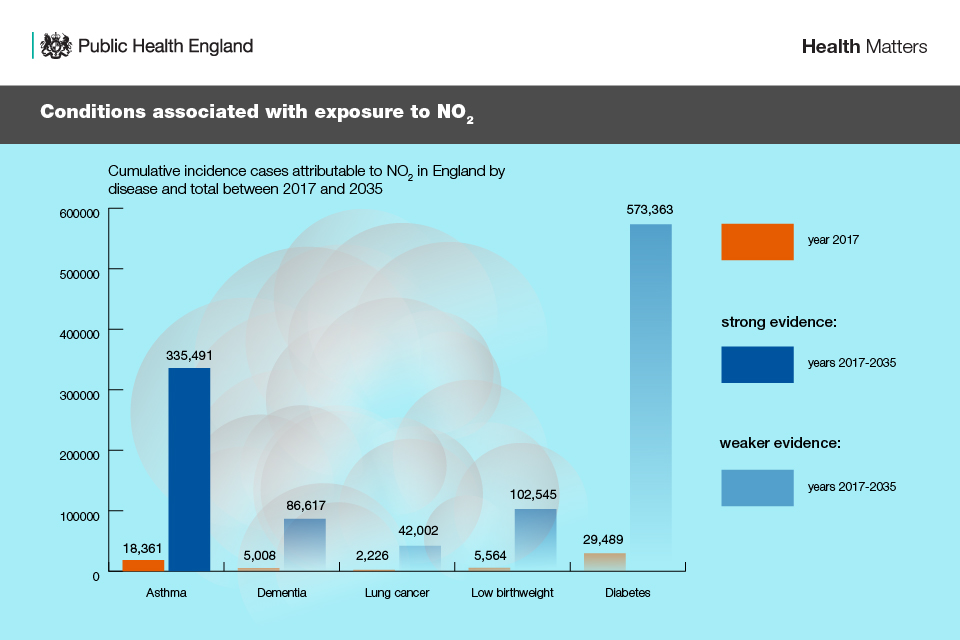 Air pollution affects everyone in Bristol but particularly vulnerable groups like children, older people and those with heart, respiratory and underlying health conditions. Air pollution also affects the most disadvantaged more as areas with poor air quality are also often the least affluent areas.

The annual health cost to society of the impacts of particulate matter alone in the UK is estimated to be around £16 billion and in Bristol is estimated at £83m.

A recent Health Matters report from Public England focuses on the health impacts that air pollution can have across a person’s lifetime, the associated health inequalities, and the current and future outlook both in terms of new cases of disease and NHS and social care costs attributable to air pollution.